Most beautiful cities to visit in Italy

ITALY is one European country is famous for its history, art, culture, architecture, fashion, and culinary. A visit to Italy is an experience that will not be forgotten, because this country has the most beautiful cities in the world, like Rome, Florence and Venice. Here, 10 most beautiful cities to visit in Italy : 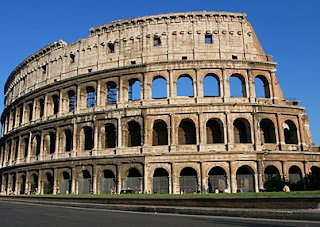 Rome
As the capital city of Italy. Rome is a famous city in Italy. It has many interesting tuorist attractions, Italy presents the history and architectural treasures in every corner of the city. Piazza di Spagna and the Vatican, a country in the city, which should not be missed. The city has many medieval churches, ancient monuments and museums. Rome also has some of the best restaurants in the country.

Venice
Known as the most beautiful and romantic cities in the world, the water flowed in the middle of the lagoon. Piazza San Marco, known as the heart of the city has churches with extraordinary architecture. Venice is also famous for its restaurant which serves seafood. Venice commonly called as "City of Water", "City of Masks", "City of Bridges", "The Floating City", and "City of Canals". Venice is famous for its water transportation system. People here commute by water and the boats in which they commute are called Gondolas.

Florence
Florence is a city of world art. Florence has many tourist attractions such as a statue, building, and paintings created by legendary art experts such as Da Vinci and Titian. Duomo, Baptistery, Medici Palace, and botanical gardens are places that must be visited in Florence.

Milan
With its title as the world's fashion center, Milan is indeed worthy of the title because it has many famous designer shops, along with gallery. In addition, the city also has a world-class football clubs, AC Milan and Inter Milan. The city also has a famous opera house, La Scala.

Naples
Naples is famous for its delicious pizza that has no counterpart. The city is also a beautiful port city in Italy. Naples has a mild climate in comparison with the cities located in northern Italy. Dry during the summer season is autumn and winter in Naples is cool and pleasant. July is considered the hottest month in the city. There are also occasional rainfall in the city.

Turin
Turin is a major city in northern Italy. As the home of the famous Turin Shroud of Turin and host the 2006 Winter Olympics. Located right near the Alps, the Po River which flows through the town, and villas adorn the surrounding area. Turin is also the headquarters of the biggest football club is Juventus FC. Winter Olympics in 2006 also held here.

Bologna
Bologna has antique architectures in churches and monuments. Bologna is also famous for its liberal political education at the university which is one of the oldest universities in the world. The city is also the birthplace of pasta, tortelini, and the famous bologna sauce. 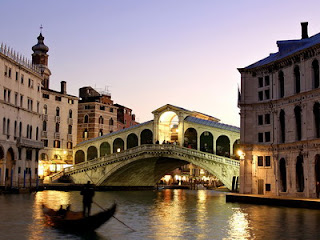 Verona
City of Verona is a place where the romantic story of Romeo and Juliet takes place.  Tourist attractions of this city are center of medieval buildings, the palace complex, and the annual opera festival.

Perugia
Perugia is the 'urban youth' because the city has many universities and colleges of foreign languages​​. Piazza Italia, Piazza Partigiani and the Fontana Maggiore is the main tourist attractions of this city. Music and food (especially chocolate) is the most important in this city.

Genoa
Italian port of Genoa is a city that has a large medieval center. The city has many Renaissance palaces, museums, galleries, and aquariums. Genoa, Italy is probably one of the best places to tour Italy with his family and friends. Wonderful atmosphere of this country ideal for rest and relaxation.
Tweet
← Newer Post Older Post → Home
Powered by Blogger.