If you prefer to enjoy the lake when get a picnic, Lake Michigan should not be missed when you visit Chicago. At there you can find the great experiences. Lake Michigan is the third largest Great Lake by surface area and the sixth largest freshwater lake in the world. Because Lake Michigan is joined to Lake Huron at the Straits of Mackinac, they are considered one lake hydrologically. Many rivers and streams flow into Lake Michigan, and the major tributaries are the Fox-Wolf, the Grand and the Kalamazoo.

Lake Michigan is one of the top tourist attractions in Chicago.  Lake Michigan is the only one contained entirely within the borders of the United States. Twelve million people live along Lake Michigan's shores, mainly in Chicago and Milwaukee. Many small cities in Northern Michigan and Door County, Wisconsin are centered on a tourist base that takes advantage of the beauty and recreational opportunities offered by Lake Michigan. At this tourist attractions you can enjoy the beautiful view, purely from Lake Michigan. There are many things you can do here such as bike riding, skateboarding or inline skating, boat rental, swimming and hiking. Golf, shopping and others. 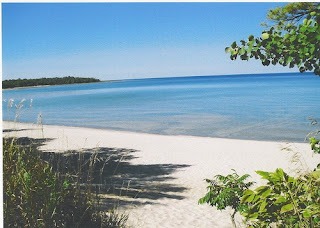 If fishing the Great Lakes is your passion, Lake Michigan’s icy water is home to one of the most popular fish to eat in the area—the toothy, torpedo-shaped walleye. biside that lake Michigan is home to a variety of species of fish and other organisms. It was originally home to lake trout,and some species of catfish.

Lake Michigan has many beaches. The region is often referred to as the "Third Coast" of the United States, after those of the Atlantic Ocean and the Pacific Ocean. The sand is soft and off-white, known as "singing sands" because of the squeaking noise (caused by high quartz content) made when one walks across it. There are often high sand dunes covered in green beach grass and sand cherries, and the water is usually clear and cool. Millions of people annually visit the dunes/beaches at state and national parks and lakeshores. 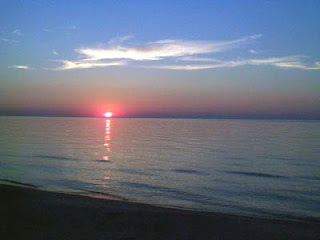 And If you like camping with your family, with more than a thousand Michigan campgrounds statewide, Michigan camping offers something for everyone - camp along rivers, lakes, sand dunes and beaches, near the Great Lakes, in state parks and national forests. You can enjoy Michigan camping in tents, RVs, cabins, or sleeping under the stars. Because camping in the great outdoors is Pure Michigan.
Tweet
← Newer Post Older Post → Home
Powered by Blogger.