Asia, Japan, Tokyo
One more tourist attractions in Japan are not to be missed is the Tokyo Sea Life Park, otherwise known as the Kasai Rinkai Suizokuen. Aquarium is situated in Kasai Rinkai Park and the area has been established since 1989. 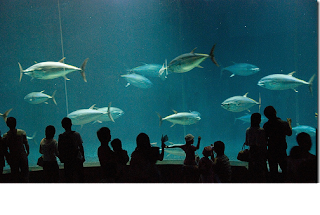 Tokyo Sea Life Park is managed by the Tokyo city government and the territory was divided into two main parts, namely the Main Building and the Fresh Water.

In the Main Building there are a variety of shallow-water fish, deep sea, and the fish can be found on the high seas. When visitors go to the bottom of the building, you will see a giant donut-shaped tank containing large fish such as tuna and shark.

While on the outside of the building can be found specific areas of the penguins. Penguins-pingun can be seen from the top side and also from the bottom of the water while they are swimming. Visitors can also find Sun Fish fish whose existence is difficult to find. 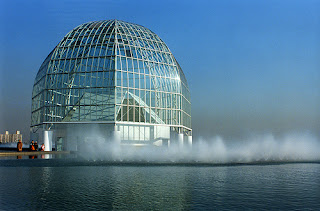 At part of Freshwater, there are several types of freshwater fish such as salmon, shrimp and other animal species. Tokyo Sea Life Park is also features with a Bird Sanctuary Center, as well as its location near the Tokyo Disneyland and Tokyo Disney Resort
Tweet
← Newer Post Older Post → Home
Powered by Blogger.