10 Tourist Attractions In Frankfurt You Must See

Frankfurt is not a tourist town. But when you first visited, the atmosphere and surroundings are so impressive, so different than any other city in Germany. The city is the real evidence of history, a blend of past and present. Despite having a fairly high crime rate than cities in other German, Frankfurt is included in the top 10 best cities to live and safest cities in the world.

Here are 10 Tourist Attractions in Frankfurt you must see: 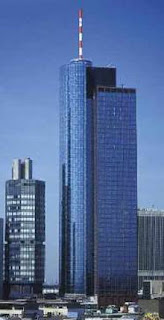 Main Tower open to the public. You can use the elevator to enjoy the view of the cityscape Frankfurt from this 200 meter high tower. In addition you can also eat at the restaurant on the fourth tallest tower in Frankfurt. 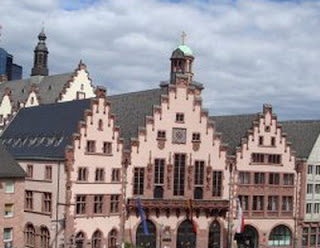 Frankfurt was the birthplace of the most important German writer, Johann Wolfgang von Goethe (1749-1832). Although Goethe's house was destroyed in World War II, but the house can still be returned to the atmosphere initially with original furnishings, paintings and books from the Goethe family. Here you can take inspiration from the desk where Goethe wrote "The Sorrows of Young Werther". 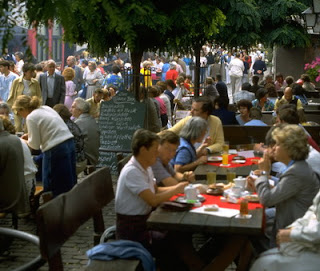 Frankfurt is a marker of drinks "Apfelwein", or "Ebbelwoi", an alcoholic apple cider produced in the area around Frankfurt. You can find some of the best and the oldest cider apple bar on cobblestone streets of Frankfurt Sachsenhausen district, south of the old town. 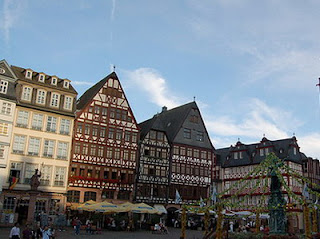 Romerberg (Roman Mountain) is the historic heart of Frankfurt and home to the town hall which has existed since 1405. Historic square was used as a place for the first trade fair in Frankfurt the 13th century. The whole complex has a three-storey building area of ​​10,000 square meters consisting of nine houses and the surrounding six pages. 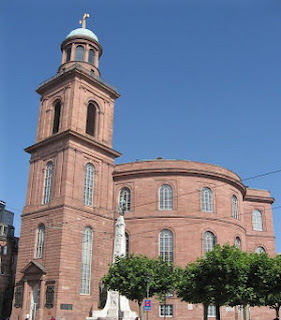 Paulskirche built between 1789 and 1833 and is the birthplace of German democracy. This church was once used for political meetings and be the first place chosen for the selection of the German parliament in 1848. Currently, Paulskirche used mainly for exhibitions and special events. 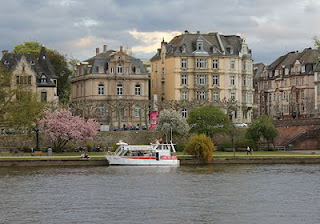 Stroll along the main river through the center of Frankfurt where both sides are limited by some of the best museums in Germany. Area with several museum is called Museumsufer, and on Saturday you can hunt for treasure in the largest flea market in Frankfurt. Museumsufer located in Schaumainkai, Frankfurt. 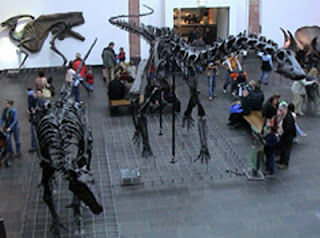 Senckenberg Museum is the largest natural history museum in Germany, this museum displays thousands of exhibits ranging from Egyptian mummies to fossil amphibians. But the appeal of the most famous museum is the exhibition of dinosaur skeletons, one of the largest in Europe. The museum contains the largest and most diverse collections in the world with about 2000 specimens of birds replica. In 2004, nearly 400,000 people visit this museum. 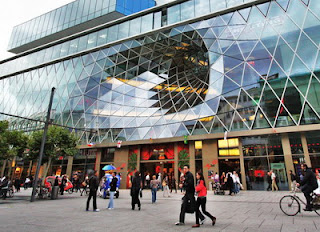 The main places to shop in Frankfurt is a bustling pedestrian zone called "Zeil". This region is also called "The Fifth Avenue Germany". This shopping center offers everything from luxury boutiques and department stores line up of international modern shopping center 10 floors called "Zeil Galerie". 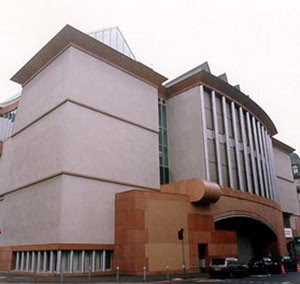 Museum of Modern Art is not only famous for its extensive art collection including artists such as Roy Lichtenstein, Joseph Beuys, Andy Warhol, and Gerhardt Richter, but also famous for its bold architecture. Designed by architect Hans Hollering, museum, founded in 1981 has a triangular shape and is called "cake" by the locals. The museum is located in Domstrasse 10, Frankfurt and is open Tuesday through Sunday from 10:00 to 18:00 o'clock. 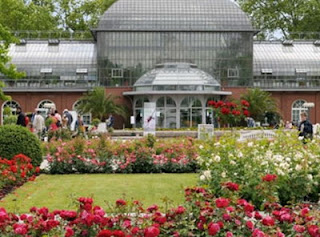 Founded in 1868 by a group of Frankfurt, the Botanic Gardens will take you on a journey of horticulture from African savanna and rain forest of exotic plants to the flower garden in Europe. In the area of ​​50 hectares of green houses, you can see more than 6,000 different botanical species from around the world. This botanical garden is located in Siesmayerstr 63, Frankfurt. Tropicarium is one of the largest greenhouse complex. It displays tropical plants including orchids, Bromelias, palms, ferns, succulents and more. Musum is open daily from 9:00 a.m. to 16:00 pm during the months of November to January while the months from March to October open from 9:00 a.m. to 18:00 o'clock.
Tweet
← Newer Post Older Post → Home
Powered by Blogger.