Here are some interesting tourist attractions that you can visit in Port Elizabeth: 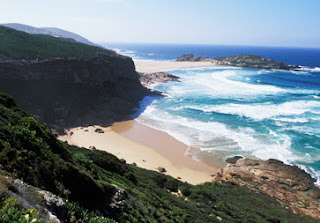 Garden Route is a scenic and popular beaches in the South East of South Africa. Garden Route's name comes from the green vegetation and ecological diversity are mostly found in the many lagoons and lakes along the coast. This route includes cities such as Mossel Bay, Knysna, Oudtshoorn, Plettenberg Bay and Nature's Valley, with George as the Garden Route city center and the largest administrative center.

Ten nature reserves are included in this route is home to diverse ecosystems, a unique marine reserves, home to soft coral reefs, dolphins, seals and various other marine life.

Although the most popular exploration of the Garden Route is by car, but you should also try African steam passenger train, Outeniqua Choo Tjoe. Both of trip will make you enjoy the beauty of nature. 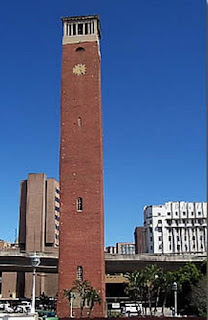 Bell tower is located on Strand Road has become a landmark Port Elizabeth. Tower built in 1923 was established to commemorate the first settlers of this town. At the height of 52 meter high building, you can see beautiful views of the city. If possible, you can visit when the bell rang. The bell tower is open from Tuesday-Sunday from 9:00 to 14:00 pm local time and you are expected to give a donation if you visit here. 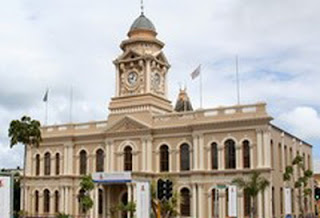 Port Elizabeth City Hall is located at the market square, the city's historic district, a building designed with a colonial style. At the top of this building there is a large clock installed in 1883, several decades after the founding of the building (between the years 1858 to 1862). The building was inaugurated as a national monument in 1973 this is council house and lecture halls / concert hall. Port Elizabeth city hall is open every day and only charge a fee to get in on certain events. 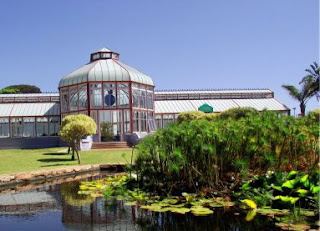 Garden of St George is located in the heart of Port Elizabeth is the oldest park in Port Elizabeth and the site of the second oldest cricket club in the country. The park is a tribute to the past and present which far from the city noise.

Mannville open-air theater and art gallery in the garden adds an artistic dimension that makes the park attractive to visitors. During the summer, you can also swim in the Olympic-sized pool with diving board and children's swimming pool located in the garden area. This could be an interesting diversion away from the coast. 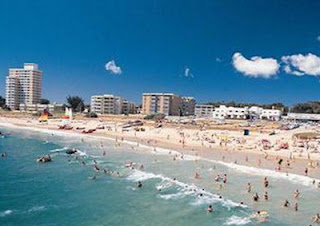 For those of you who want to feel the water attractions come to Algoa bay adjacent to the port of Port Elizabeth. In the gulf as deep as 436 meters, you can do scuba diving, game fishing, surfing, windsurfing, and kiteboarding. In this area too many boats on offer to see dolphins and whales in a tourist tour. 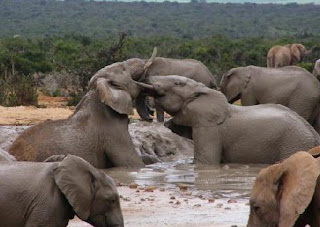 If you want to look at the lives of wild elephants come to the Addo Elephant National Park which is near the city of Port Elizabeth. The park is also one of 20 national parks in South Africa. This park was first discovered in 1931 and has been home to 450 elephants and other mammals in large numbers.

Each year the park is visited by nearly 120,000 people which dominate foreign tourists visit. In the park there is also a swimming pool, restaurants, and other camp facilities.
Tweet
← Newer Post Older Post → Home
Powered by Blogger.