Asia, Japan, Tokyo, Tourist Attractions
Tokyo is the capital city and densely populated areas in Japan, and the world's largest metropolitan areas based on population. Based on these two things is certainly a lot of interesting tourist attractions can be visited in Tokyo.

Here are some interesting tourist attractions in Tokyo you must visit: 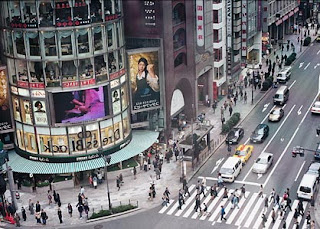 When in Tokyo, you have to visit Ginza. This area was established in 1612 during the Edo period. At the time Japan opened its doors to foreign trade in the middle years of the 1800s, this area is experiencing rapid development. Now a variety of complex commercial offices, shops, restaurants, bars, dance clubs and art galleries can be found here.

While in Tokyo, you can try the sake, in Nihonshu, enjoying the performances of high-tech animation, try new products in the Sony Center, or inspired to hone your photographic skills after seeing what was on display in the gallery Nikon. 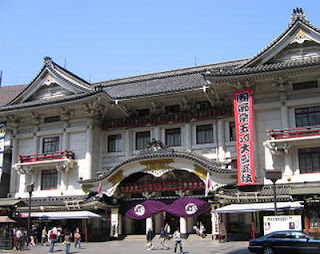 Kabuki-za in Tokyo is the main theater featuring traditional drama Kabuki. Theatre that located at Harumi-dori is not the original building. In 1921 the theater was destroyed by fire, but later rebuilt with fireproof material. Kabuki-za has the original architecture of wood and was built in 1889. 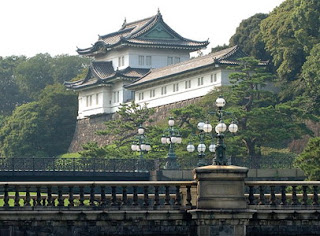 Tokyo Imperial Palace is the primary residence of the Emperor of Japan. This is a large park-like area located in Chiyoda, Tokyo close to Tokyo station. This palace contains various buildings such as the main palace (Kyuden) and the private home of the royal family. The total area including the park is 7.41 miles.

Currently, the Japanese royal family stayed at the Imperial Palace so just park in the eastern part of the palace are open to the public. Even so, the beauty and serenity of this place make it a place worth visiting. 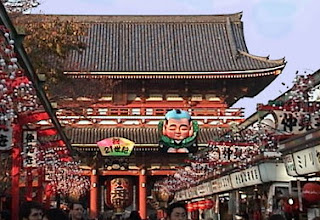 In the 20th-century Asakusa in Tokyo is an entertainment center. Taito district located in this ever done serious damage caused by bombs from U.S. forces during World War II occurred. Asakusa is also home of the famous Buddhist temple Senso-ji. In addition to having street fairs, art festivals and parades, Asakusa also has its own ferry service. 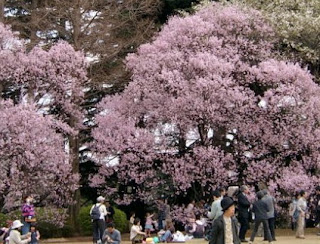 The new park is open to the general public since last 60 years, but this park has existed since the Edo period. Thousands of species of plants and trees in an area of ​​58.3 hectares is decorated bridges, koi ponds, jogging trails and sculpture garden.

If you want to see the cherry blossoms are blooming should plan a visit in April. Besides the best time to visit this park is the month of October, chrysanthemum season. Plant enthusiasts will also enjoy a glass house that has many kinds of tropical flora. 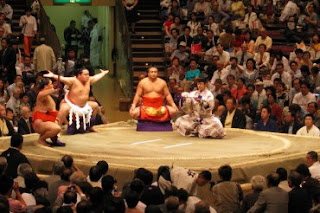 Kokugikan is the sumo arena in Japan and in Tokyo you can visit the Kuramae Kokugikan Kuramae residing in the district. Sumo is a sport where weight is relied upon to defeat the opponent. The popularity of sumo has been rooted since the Edo period.

Ticket prices to watch sumo performances vary depending on your seating options. To have a regular seat prices ranged from JPY 8200 JPY 3600-As for the special area close to the sumo ring (called masu-seki), prices range between JPY36.800 to JPY45.200 per box (for 4 guests). 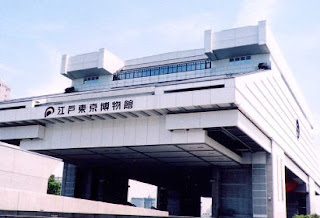 Edo Museum is a museum of the history of Tokyo was established in 1993. Permanent feature of the exhibition in this museum is a replica of the Nihonbashi bridge, theater Nakazamura, and the building of the Edo, Meiji and Showa.

Typical shape of the museum building, located at Ryogoku is modeled after the style of an old warehouse kurazukuri. Interpretive center and museum guide will not only enrich your understanding of Japan in the past, but also in the future regarding education, transportation, science, and politics. 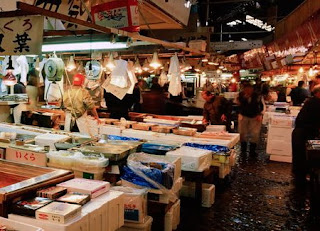 The largest market which sells all kinds of fish and marine fish in the world, you can taste the sushi that served at the running platters. This dish was first introduced here. This market handles more than 400 different types of seafood, ranging from tiny sardines to tuna weighing 300 pounds and the seaweed caviar that cheap to expensive.

The market is open in the morning (except Sundays, holidays and some Wednesdays) starting at 3:00 local time. If you want to taste a bustling fish market, then you should consider getting up early.

9. Wax Museum at the Tokyo Tower 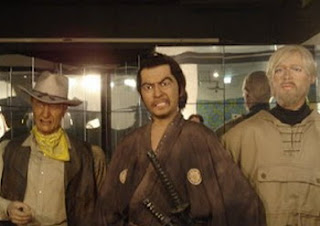 In Wax Museum you will find the faces that includes Hollywood movie stars, musicians, conductors and Japanese celebrities. Materials candles are imported from London, the birthplace of the wax museum.
Tweet
← Newer Post Older Post → Home
Powered by Blogger.