Things To Do in San Gimignano, Italy

Italy, San Gimignano, Tuscany
At first sight, before arriving at the center of the small town of San Gimignano, Italy, you will find a beautiful hilly landscape. From a distance, you can also see the high towers sticking out of the downtown residential population.

Existing buildings in San Gimignano has the characteristic of medieval architecture which still survive. Located in the suburbs or the city center, you will feel the romantic atmosphere. This is possible because of the beautiful natural landscape following 14 medieval towers that create a unique look. In addition, the walled city which is only accessible through the gate is tucked in the Tuscan hills covered with sunflowers and olive groves and wine.

Regarding the official history, San Gimignano began carrying on the 10th century, when Saint Gimignano, a bishop of Modena, Italy, defend and save the town from the barbarian hordes. To honor his heroic actions, the city is named Gimignano.

Arriving in San Gimignano, you can visit and browse through some of these exciting attractions. 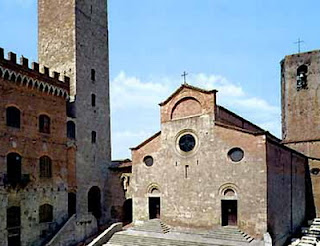 He Collegiata is the main church in San Gimignano. Located on the Piazza del Duomo, this church is known to display frescoes covering almost all the interior walls. Inside the church there is also the Chapel of Santa Fina with a wall painting of the 15th century depicting the towers of San Gimignano. 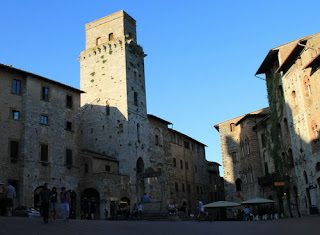 Regarded as one of the most important monument in San Gimignano, the People's Palace is home to the Civic Museum and paintings from the schools of Florence and Siena. It's also home to the City Council. 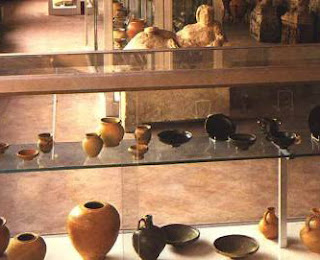 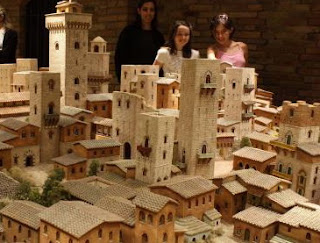 Located in the heart of the city, this museum offers a reconstruction of the city that began hundreds of years ago. The exhibition includes 800 artificial structures, 72 towers and street pictures. 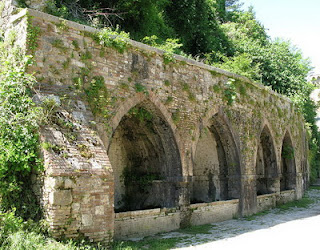 This is the beautiful ruins of the facility where the citizens of the Middle Ages and get water to wash them. This place is also very popular among the tourists. 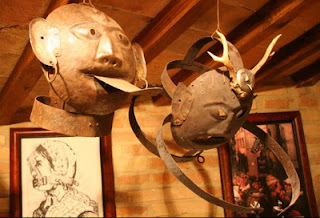 For those of you who are interested in knowing how the torture done in Middle Ages, there are three small places to highlight the horrific acts. Display accompanied by descriptions of torture that explain how each item is used.

In addition to historic buildings, you can also do shopping in San Gimignano. Along the way this city, you can find a variety of gourmet products such as olive oil, wine and pasta.

There are also shops that sell hand-woven fabrics in the form of table cloths and other goods, and household items made ​​from olive wood works of local artisans. Stores can you find along the Via San Matteo and Via San Giovanni.

The trip to Tuscany would not be complete without trying the wine. San Gimignano is famous for white wine called Vernaccia, San Gimignano Vernaccia made ​​from grapes. Cri typical of this wine is dry with crisp acidity and a touch of slightly bitter.
Tweet
← Newer Post Older Post → Home
Powered by Blogger.