Africa, Tourist Attractions, Tunisia
Tunisia could be an alternative for your vacation spot. There you will find lots of an attractive tourist attractions. Tunisia is rich in historical and archaeological heritage. In this country, there are now more than 20,000 historic monuments and relics of Carthage (Carthaginian Empire), Roman Empire (Roman Empire), Period of Islam and the modern era. Tunisia have contributed to a traditional culture that is dynamic, so that in 1997 UNESCO has made Tunisia become a "Cultural Capital Region".

Here are the Top 10 Tunisia tourist attractions that you can visit:

1. The ruins of Carthage 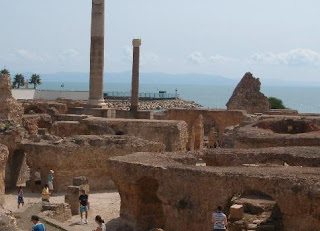 Carthage was the capital of Phoenician government, and later also became the capital of the Roman government in the South of the Mediterranean Sea when mastering Tunisia.. Its location is very strategic, on the shores of the Mediterranean Sea with beautiful scenery. In this area, we can see the ruins of the ancient wake of Roman architecture, the former palace (capitol) Roman. There is also an amphitheater shaped staircase as a theater or theatrical performances in the Roman period. In addition there is also the Punic Ports, Antoni baths with a beautiful garden city. 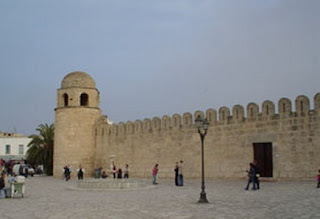 Tunis is the capital of Tunisia is situated on the shores of the Mediterranean Sea. The area commonly called the old city of Medina. This area is surrounded by a wall fence with some of the main door and some of the smaller doors. Wall fence aims for keep the city from enemy attack. 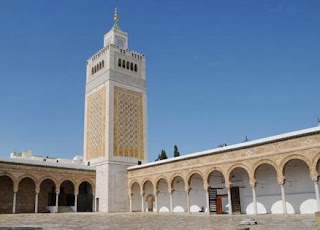 Ezzitouna mosque built in 114 H/732 AD by Ubaidillah bin al-Habhab, the governor of Africa in the reign of Hisham ibn Abdul Malik of the dynasty Umayyad. Renovation was carried out by Abu Abbas Mohammed bin Aghlab Aghlabiah Dynasty. The mosque is located in the middle of the old city market complex. This mosque is located in its role as a center of learning and preaching in the Middle Ages. 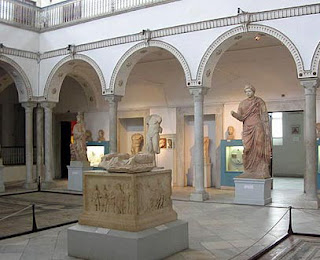 For those interested in history and want to know about the history of Tunisia it is suitable for visit. Museum is open every day except Monday. Prior to independence, the Bardo Museum is a palace of the Bey (the title King of Tunisia). In this museum was store of historical civilizations that once lived in Tunisia. 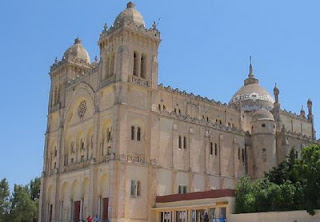 This old church located in Carthage. His real name is Saint Louis Cathedral, the largest church in North Africa. Now this church functioned as a tourist attraction as well as the Conser Hall primarily on Carthage Acropulium summer. 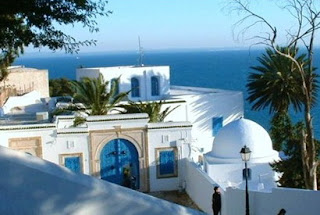 Sidi Bou said is the name of a Sufi cleric who will bear the name of the residential places. This area consists of buildings that motivated Andalusia, the white buildings and blue doors and windows. Sidi Bou said in a position 10 km west of Tunis. Its location is high due to the hilltop area, is suitable to be for those who want to enjoy the beautiful views of Mediterranean Sea. Also appears to extend the city of Tunis.In Sidi Bou Said are Souk Madina is a traditional market that sells a wide range of traditional goods Tunis. 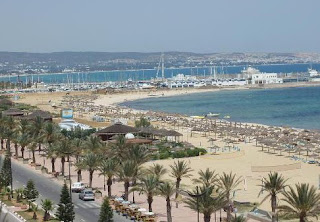 Is a fishing town located on the shores of the Mediterranean, about 60 km east of Tunis. Hammamet has beautiful scenery, green and air fresh. Hamamet blend of contemporary and classic feel, with a typical Mediterranean style and impressive, making it one of the main objectives of nature tourism in Tunisia. 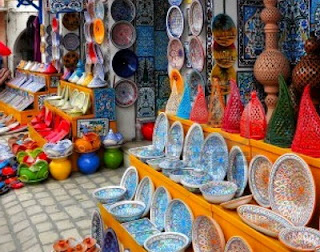 Nabeul is located about 20 km from the city of Hammamet. Coastal city located in the eastern city of Tunis is famous as a producer of handicrafts, especially pottery. In this city we can see the Andalusian-style house. According to historical records, in the 17th century this city was once the refugees from Andalusia. Nabeul is also known as the administrative center of the Mediterranean coastal residents who have been hereditary since Roman times. For this reason, the city is also known as the Roman Neapolis. 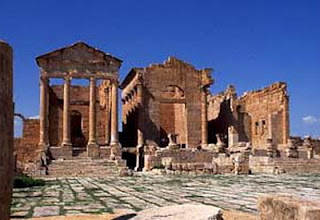 The city is located right in the middle of the country Tunisia which is about 107 km from Kairouan. Sebeitla known as Byzantium Roman cultural center on the African continent. Roman relics such as the Capitoline temple became the center of attention of tourists who visit this city. 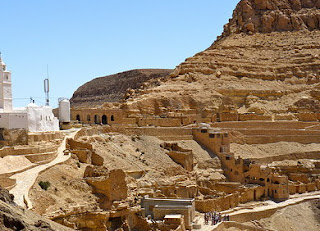 In this area we will find the Chenini village, Douirat and Ghomrassen, which is a unique picture and the typical life of Berber tribes, native of Tunisia
Tweet
← Newer Post Older Post → Home
Powered by Blogger.