Europe, Russia, Russian Museum
Russia is abundant with places that have an element of a strong arts and culture because of Russia including the state of the art in the world , both for music, dance, or performance. For art lovers, a visit to The Russian Museum into the activities should not be missed. 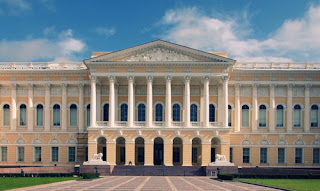 Russian Museum is Russia's first art museum built in 1895 in St. Petersburg. First opened to the public in 1898. The museum is one of cultural and educational centers in Russia, as well as research centers and centers of art lessons from the Russian Federation.

Museum was originally called the Russian Museum of Emperor Alexander III. Some of the major paintings in the collection donated by the Hermitage museum, the academy of fine arts, and of the various royal palaces around St. Petersburg.

Since the collection is growing rapidly, now a museum displaying his collection in four separate places in downtown St. Petersburg. Petersburg. All branches of the museum can be reached by foot and located not far from each other.

Fourth place among the Mikhailovsky Palace and Benois Wing, The Mikhailovsky (St. Michael's) Castle, The Marble Palace, and The Stroganoy Palace. All branches of the Russian Museum is open Wednesday-Monday at 10am-6pm (local time) and everything is closed on Tuesdays.

Museum save important treasures of the world where the wealth and variety of Russian figurative art exhibited. Collection of the most important and famous of the museum is a gallery of paintings. In addition the museum also features collections of sculpture and decorative art objects. 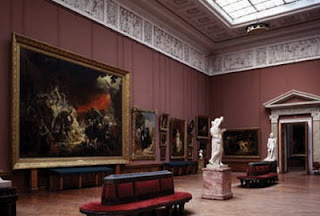 Starting April 12 to July 15 2012 there are exhibitions in the Benois Wing featuring artwork by artists from the years 1920-1930. Visitors also had the opportunity to see a spectacular work of Alexander's exhausted (1900-1983), which is a technique of cars, airplanes and Moscow subway escalator
Tweet
← Newer Post Older Post → Home
Powered by Blogger.