Warsaw is the capital and largest city of Poland. Warsaw has a variety of interesting tourist attractions that you can visit, although Warsaw is a city of business and government. Warsaw, has long been a destination of immigrants particularly those coming from central Europe. For over 300 years, the city is known as "Old Paris" or "Second Paris", and also as one of the greatest cultural centers of Europe in this century.

A rather special from Warsaw is its geographical position which is a gathering of wild forest area with usual plants, has led to flourishing of various flowers are very beautiful. Scars of history
clearly carved on each building in the city such as castles, palaces, to the concept of monotonous houses.

Here are the best tourist attractions in Warsaw: 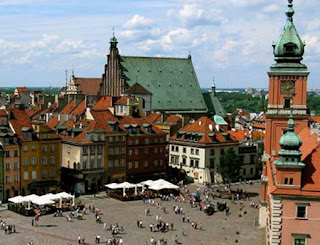 Old Town or in the Polish language was called Stare Miasto is a historic district in Warsaw. The city was built in the 13th century. The whole building had been destroyed in this place to the ground by German soldiers during World War II. Then in the 1950s, the old city was rebuilt for nearly 10 years, and now includes a list of UNESCO World Heritage Site.

If you want to explore this district, can be started from the Royal Castle, King Zygmunt Kolumn, St. Anna Church, and St. John's Cathedral to the heart of the city is the Old Town Square (Rynek Starego Miasto). Old Town Square surrounded by a colorful eclectic buildings and in the middle built a statue Syrena (Mermaid symbol of Warsaw). 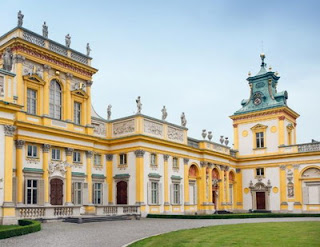 This building is a summer palace for the family of Polish kings that built in the 17th century. Wilanow palace consists of two floors. On the first floor you can find a variety of relics owned by the kings of Poland, and on the second floor there is a diverse collection of paintings from the royal family. Just behind the palace, there is a vast garden, complete with flower gardens and beautiful fountains. This is where the royal family used to spend the summer. 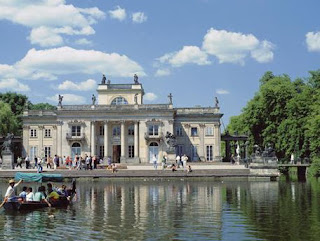 Satisfied with the artificial lake to the island, the other corner there is a statue in Lazienki Park Frederic Chopin. The statue was set up as a dedication for a variety of his work. Every Sunday at 12:00 and 16:00, there is usually a Chopin music concert that was held near the statue area.

4. Palace of Culture and Science 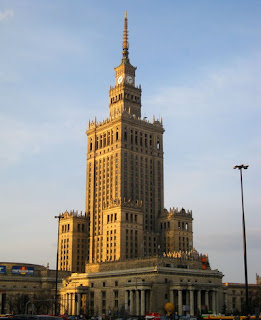 This is the landmark of Warsaw. Often abbreviated as Culture Palace. With a height of 231 meters, this is the tallest building in Warsaw, that can be seen from all over the city when the weather is sunny. The building was built when Poland was still under the grip of the Soviet Union. Reportedly, Joseph Stalin ordered the construction accident Culture Palace in the year 1952-1955 as a symbol of Soviet domination that oversees the behavior of the Poles.

Culture Palace is now used as a place of offices, theaters and exhibitions, theaters, museums and even theaters. The building was boarded up to 30 floors you can see the panorama of Warsaw widely.
Tweet
← Newer Post Older Post → Home
Powered by Blogger.