Europe, Finland, Tourist Attractions
Finland is famous for its natural beauty, lots of beautiful sights for your visit in Finland. This country is one of the most popular tourist destinations in the world. Finland, has the charm of an attractive tourist spot. Although the size is quite small, Finland is home to almost 200,000 lakes. In addition to lakes, Finland also has a variety of other attractions. One of them is Korvatunturi. For most Europeans, this area is believed to be the home of Santa Claus, or Joulupukki in the local language.

Natural attractions of the lake and forest, is the main tourist attractions in Finland. Each region is supported by smooth roads, wide and comfortable. Hotels are scattered in many places, with varying prices and affordable. Support a vigorous tourism promotion. And of course the friendliness of its citizens that make us stay there for long.

Here are best tourist attractions in Finland you can visit:

1. The Fortress of Suomenlinna 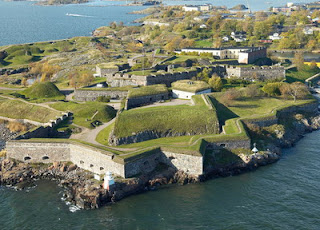 Located at the entrance of Helsinki's harbor, is a unique example of European military architecture. For the people of Finland, Suomenlinna Fortress is not just a means of defense penghadang enemy. But more than that, Sveaborg Suomenlinna - they call it that - is a fortress savior. This assumption is born due to the fact that this building has been keeping the ports in this country since the 18th century, which also makes Finland safe from enemy attack.

The fort became a one of the leading tourist attraction in Finland. Seeing his condition, building forts as high as over 15 meters it is still looks strong. Travel to the Suomenlinna fortress can be done by using the connecting inter-island motor boat from the Port in Katajanokanlaituri, Helsinki. Tourists can enjoy the journey takes about 15 minutes. 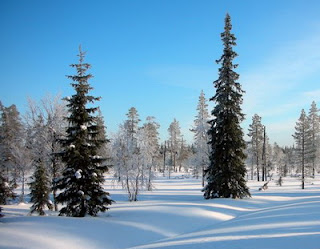 Many tales are told that Santa Claus lives at the north pole, precisely in Lapland. Lapland is the town of Santa Claus, Santa Claus Village is an amusement park in Finland. Located in the northern part of the country, in Lapland, near the town of Rovaniemi on the Arctic Circle, in the Park Santa.

But Lapland offers more than that. Sub arktik unique natural beauty of the expanse of tundra and pine forests, frozen lakes in winter and the snow hill near the park became popular winter tourist center and is different from other places. Various tourist resort provides a traditional cottage not far from the winter sports facilities. This winter sports like skiing, cross country skiing, snowboarding or on safari with a Siberian Husky and reindeer while knowing the local culture.

In addition, in summer, Lapland becomes the destination of nature lovers, campers, and water sports. They come to enjoy the summer sun shines all day. 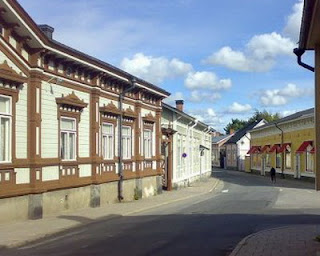 Rauma is one of the oldest ports in Finland. Rauma is a UNESCO World Heritage Site best known for its high quality lace and the Old Rauma Town for its old wooden architecture. Rauma had a Franciscan Monastery and a Catholic Church before it was declared as a town. Later Rauma got a teacher’s college which was annexed to the University of Turku. A part of educational department still exists in Rauma. Rauma is the fifth largest port in Finland, having almost 6 million tones of shipment each year. 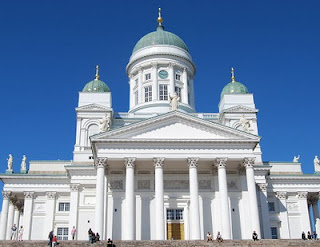 Helsinki Cathedral is a beautiful landmark in Helsinki, Finland. It was build as a tribute to Grand Duke, Nicholas I, the Tsar of Russia and was previously known as St. Nicholas’ Church before the independence of Finland in 1917. The architecture is a Greek Cross Plan which is comprised of a square central mass along-with four arms to add to its beauty. The structure includes a tall green dome which is surrounded by four smaller domes in a neoclassical style. It is the main attraction in the Senate Square and is surrounded by most of the buildings designed by Engel to form a rare sight of beauty among his creations. It is one of the most popular tourist attractions in Helsinki. 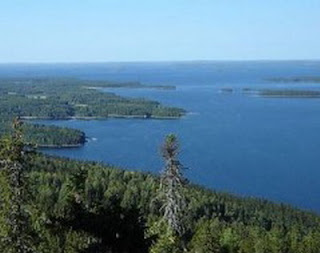 Koli is one of the most famous national landscapes of Finland. Koli National Park situated in the eastern part of Finland, famous for its heritage landscapes, which have been influenced by the strong tradition of slash-and-burn agriculture for the last 250 years. Koli National Park contains a diverse complex of habitats within its 2600ha NATURA 2000 areas. These include natural boreal forests, silicate rock vegetation, Fennoscandian herb-rich forests, high- and lowland meadows, eskers and bog woodlands.