Arabia, Middle East Asia, Tourist Attractions
Middle East and Arab region often avoided by tourists because of political and social conflict-prone. In fact, this region has many tourist attractions which evolved from the old culture and civilization. Many foreign tourists who visit there because of the Middle East has an old history and culture that are very interesting:

The following are some of the exotic tourist attractions in Middle east/Arabia: 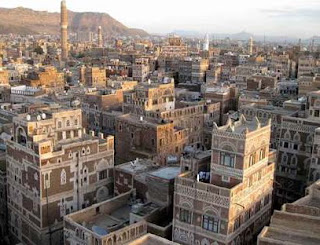 Sanaa, Yemen's capital city is abundant with ancient monuments and historical sites. The city is also a world heritage site that offers old world charm, ready to take you to the streets of the walled city, old buildings, traditional markets, one of the oldest mosques in the world, and more. To study Islamic culture through architecture, you can visit the Masjid Al Saleh who is the biggest masjd in Yemen.

In addition to Sanaa, must-see tourist attractions in Yemen, the Socotra Island, located 380 kilometers south of mainland Yemen. The island has many species of birds and unique plants like the scenery on another planet. 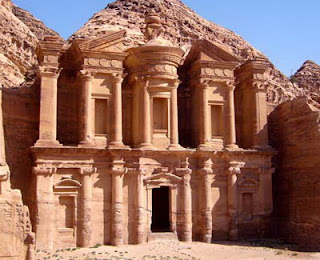 Countries bordering the West Bank and Israel won the title of this 10 world's top tourist destination with 16.88 percent of the vote. Tourist attractions in Jordan emphasizes the history and archeology, and the most famous is Petra. Petra is an ancient city carved into the mountain wall and part amazing wonders of the world, which attracts millions of tourists each year. 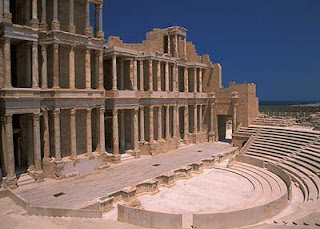 Approximately 60 kilometers east of Tripoli, is a Roman city called Sabratha. The city has a historic architecture of ancient Rome. Then, 130 kilometers from the capital city of Libya, is Leptis Magna, an ancient city ruins. Both cities are part of the remnant of the best Roman remains exist in the world.

4. The ruins of Carthage, Tunisia

Archaeological sites of Carthage is a city of trade centuries ago the Roman empire, which is located in Tunisia. These ruins include the harbor, theater, and the Antonine baths, baths ever built The Romans. 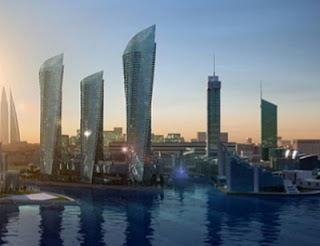 Bahrain, located near the Persian Gulf, has a monument, museum, castle, and modern architecture that describes the development of Arab culture. Bahrain is one of the most visited country in the Arab region. Known sites in Bahrain, including Bahrain Fort (Qalat Al Bahrain) which is a UNESCO world heritage site, Bahrain National Museum, and much more.
Tweet
← Newer Post Older Post → Home
Powered by Blogger.