Asia, Sri Lanka, Tourist Attractions
Sri Lanka is a beautiful place to visit. Many interesting tourist attractions in Sri Lanka. Temples full of mystery, a green tea plantations, and the smiling friendly people, that is Sri Lanka. Do not be surprised if the people who first visit there will be dumbfounded and amazed relentless. A glimpse, Sri Lanka is like a piece of nirvana that fell into the Indian Ocean. Like most countries in Asia, the natural state of Sri Lanka seemed so mysterious, beautiful and sacred.

Here are the best tourist attractions in Sri Lanka: 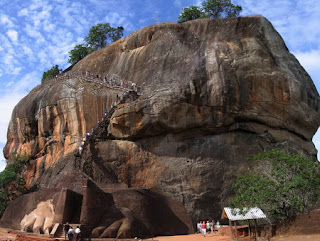 Sigiriya (Lion stone) is an ancient rock fortress and palace ruin situated in central Matale District of Sri Lanka, surrounded by the remains of an extensive network of gardens, reservoirs, and other structures. A popular tourist destination, Sigiriya is also famous for its ancient paintings (frescos), which is reminiscent of the Ajanta Caves in India.

This place is most visited by both local and foreign tourists and is on a cultural heritage recognized by UNESCO. Sigiriya is also known as "fortress in the sky" which is renowned as a fantastic heritage in the islands of Sri Lanka. Another name that is a stone lion was called because there is a lion statue in front of the entrance to the fort is 600 feet tall and on top of the castle, you will see the remains of the Sinhala kingdom. 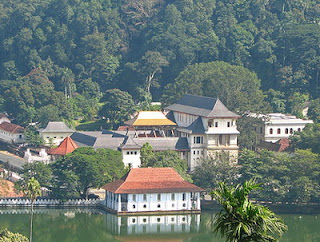 Visit the traditional market, arts and crafts center, as well as the manufacturing hub of gem stones. Historically, Kandy is a hill the venue for the annual Perahera ceremony. The last place where the Singhalese king handed over power to the British Empire in 1815. Kandy is also an example of the cultural heritage of Buddhists in Sri Lanka. One of the famous sights in this city is the Temple of the Sacred Tooth Relic, built in the 4th century, where Buddha's tooth was brought to Sri Lanka in the Orissan princess hair without removing the element of holiness. 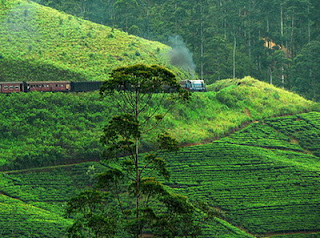 Nuwara Eliya or better known as "Little England" is an area located on the plateau surrounded by mountains, hills, waterfalls and tea plantations are beautiful and spacious. This is the place that has the coldest air in the islands of Sri Lanka. Around it, you can see the various buildings of the British heritage. Can be seen from some of the houses built by the British architectural styles. 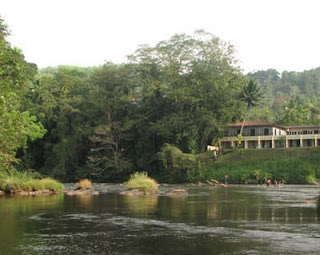 Kitulgala is a small town on the outskirts of Kelani river and rain forest in the lower part. This area is one of the beautiful region selected in 1957 for the filming of "Bridge of the River Kwai". In this area you will enjoy lunch at local restaurant. 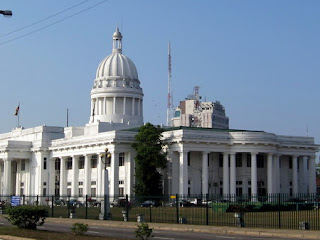 Colombo is the capital of Sri Lanka states that strategic location is situated on the seafront that makes this bustling city was visited by foreign tourists and has become the center of government, business, entertainment and more. Here also you will see lots of evidence of the British heritage, with the discovery of the English-style buildings.
Tweet
← Newer Post Older Post → Home
Powered by Blogger.