Africa, Tanzania, Tourist Attractions
Tanzania is a country in East Africa. Many fascinating tourist attractions in Tanzania. Tanzania contains three of the most famous African-such as lake in northern Victoria, Tanganyika in the west, and Nyasa in the south, Mount Kilimanjaro in the north, 19,340 feet (5895 m), is the highest point on the African continent. And the island of Zanzibar which separated from the mainland by a channel along the 22 miles.

Here are the wonderful tourist attractions in Tanzania you can visit:

Located 340 km south of the equator, Mount Kilimanjaro is one of the three mountains open to the eternal snow on the equator, in addition to the top of Cayambe in Ecuador and Jaya in Indonesia. As the main object in Tanzania and the symbol of the East African countries, in 1973, Kilimanjaro region, used as a National Park, and in 1987, Kilimanjaro National Park (KINAPA) is recognized as a World Natural Heritage by the United Nations. Currently, the Kilimanjaro region with Kibo Peak (5895 m above sea level) as the highest roof of the African continent, visited by more than 35,000 visitors each year.

Various facilities of access, accommodation, security, and professional guide services, enabling more people to enjoy the natural beauty of Mount Kilimanjaro. Kilimanjaro as a world natural heritage and improve itself in four years and tourist arrivals increased over threefold. Amazing. 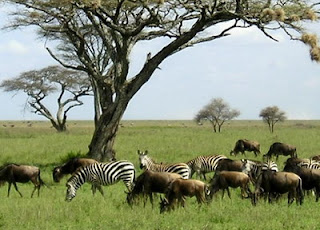 Serengeti is Tanzania's oldest and most popular national park, also a world heritage site. The Serengeti is famous for its annual migration, when some six million hooves pound the open plains, as more than 200,000 zebra and 300,000 Thomson's gazelle join the wildebeest’s trek for fresh grazing. The resident population of lion, cheetah, elephant, giraffe, and birds is also impressive. There's a wide variety of accommodation available, from luxury lodges to mobile camps. The park covers 5,700 sq miles, (14,763 sq km), it's larger than Connecticut, with at most a couple hundred vehicles driving around. 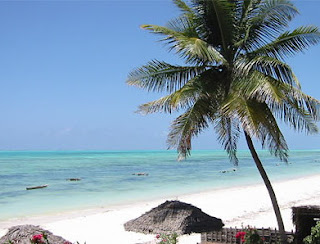 At dawn, the natural scenery of the island of Zanzibar, Tanzania is so wonderful. Zanzibar is one of Tanzania's top destinations because of its fascinating past and its incredible beaches. Zanzibar's location in the Indian Ocean has made it a natural trading center throughout its history. Zanzibar has many beautiful beaches, that can be enjoyed on any budget. Some of the surrounding islands offer total paradise for the luxury traveler, Mnemba island is absolutely idyllic for a romantic vacation.

Zanzibar is great for scuba diving, snorkeling, and swimming with dolphins. Other attractions include spice tours and the Jozani Forest, which shelters a small population of red Colobus monkeys. 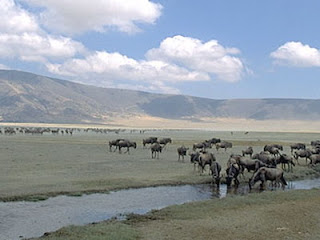 Ngorongoro Conservation Area also home an abundance of wildlife, particularly in the Ngorongoro crater. Formed by the same volcanic activity that generated Kilimanjaro and the Great Rift Valley, Ngorongoro consists of the highlands around the crater (rich in elephants) and the crater itself (similar animals to Serengeti, but at higher densities and with a small population of black rhino). 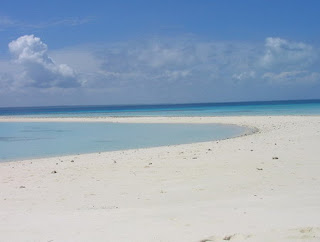 Mafia Island is an undiscovered Tanzanian gem. It has a rich history, and a strong Swahili culture unspoilt by tourism. Much of the isalnd and its beautiful beaches have been designated as a marine park. It is one of the best places to deep-sea fish, dive and snorkel in Africa. You can watch whale sharks, turtles and many other interesting species of wildlife. Mafia Island offers some fantastic scuba diving and snorkeling. You may also get to swim with whale sharks, as this is one of the few areas in the world where they congregate annually.
Tweet
← Newer Post Older Post → Home
Powered by Blogger.