As a 'river city' Ho Chi Minh City presents several floating restaurants, such as Beng He. This ship-shaped restaurant, three floors, and can serve about a thousand guests. Here you can enjoy the typical cuisine of Vietnam. For those who love to shop Ho Chi Minh City provides traditional markets. The market provides a souvenir statues ranging from one-third the size of your little finger up to a diameter of 15 cm, clothing, and traditional foods.

Here are the best tourist attractions in Ho Chi Minh City you can visit: 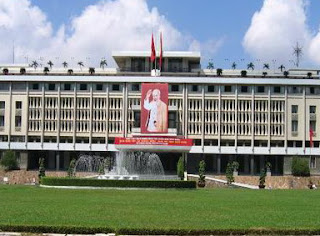 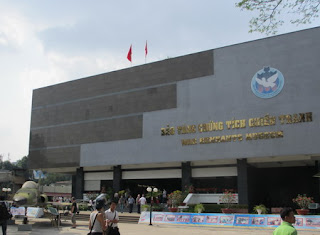 Remnant War Museum is the Museum of War Relics. In the past called the American War Crimes Museum, but was renamed by the Government of Vietnam along with the normalization of relations with Vietnam America. In this museum there are many objects of war such as aircraft, armored vehicles, various instruments of torture. In this museum visitors can see various pictures which depict the atmosphere of war. 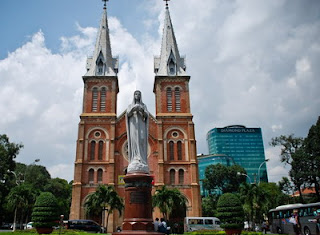 Both buildings are adjacent, separated only by road. This is a European-style buildings in the city of Ho Chi Minh, the architect was from France. This building, commonly used by tourists as a background image, so do not be surprised if many people take pictures at the site. 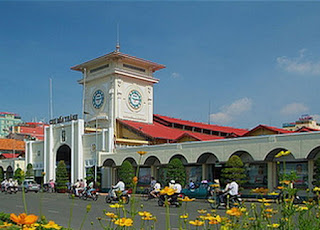 These markets are generally visited by tourists for souvenir shopping. Located not far from the Rex Hotel, just 5 minutes by foot. This market is only open until 5 pm, but do not worry if you can not shop during the day because some traders will move the merchandise in the streets around the market and re-open the merchandise, to 11 pm. Shopping here must be smart to bid. 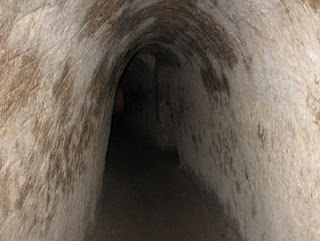 Here there are tunnels underground relics of the Viet Cong guerrillas against U.S. army. War that killed thousands of people of Vietnam and a number of American soldiers. In Cu Chi Tunnel, visitors are allowed entry into the tunnel and try to shoot with AK-47 rifle that famous. 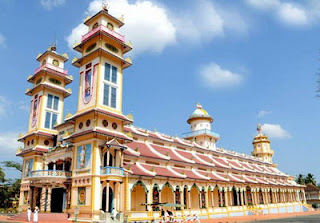 Situated away to the west, near the border with Cambodia. The best time to visit coincided with the ongoing worship in the temple (not more than 12 noon). The temple is a place of worship Cao Dai religion, indigenous religion of South Vietnam, a combination of Taoism, Confucius, Christianity and Buddhism. This cool old building to be used as the object image. Both the outside and inside. The interior of the building has a long balcony where tourists take pictures. 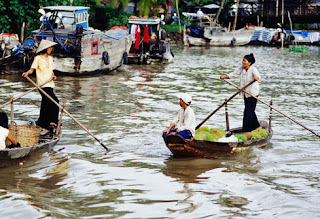 During down the Mekong river, we are driven by different types of boats including a small boat to enjoy the scenery of the river and agricultural land (which is known as the rice barns of Vietnam).
Tweet
← Newer Post Older Post → Home
Powered by Blogger.