Australia, Canberra, Tourist Attractions
Between two major cities of Sydney and Melbourne, There slipped capital of Australia, Canberra. Although more famous as a center of government, but you can still find many interesting tourist attraction in Canberra. When we visited canberra, look at all that the city is purposely built and designed. The streets were formed hexagon and circle, which surrounds the city center and the parliament building. The city is built around Lake Burley Griffin is an artificial lake, was named in architect and creator.

Here are the best tourist attractions you should visit in Canberra 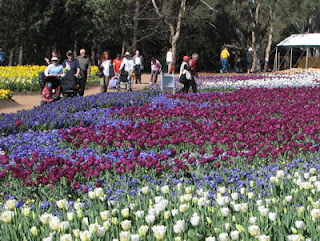 Once a year, we could see expanse of one million tulips and other flowers are planted in Commonwealth Park. The flowers are planted to form a specific pattern that can be seen from the top of the Ferris wheel. Time is the best to visit the Floriade is on the second or third week, when the flowers begin to bloom. In addition to bed of flowers are planted in the field, there are also performances, good music, dance and comedy. There is a special area for children, animals typically Australian Exhibitions and cattle, and activity stalls. The cost of entry to Floriade is free. It took all day if you want to see all the flowers and exhibition stand. Kiosks and food stalls are also available here. 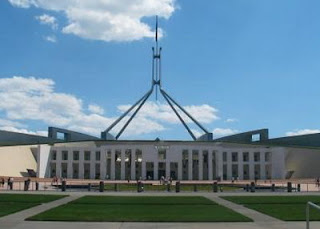 In a building that was designed as a tourist destination, there is a museum depicting the history of the Australian parliament. At Parliament House, there are paintings display Australia's first prime minister until now. From the roof, overgrown with grass, we could see the old parliament building and the views of the streets in Canberra that form a pattern. 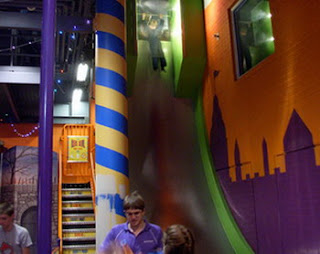 It's kind of a smart garden. Children going to feel at home and refuse to go home from here. It took all day to try all experiments. There are six permanent exhibition at Questacon, that is: about earth, transportation, energy, perception, science behind the circus and miniQ (specially for children under 6 years). And there is show or a presentation that brought in an interesting every day, one of them a presentation about dinosaurs. 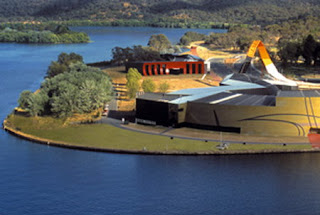 Building a national museum which is located on the edge of this lake has an attractive design. On the front page, there is a brightly colored piece of real rollercoaster. In the backyard, there is an open park with attractive design that invites children to explore every corner. In museum, we can see the display items typical of resident of Australia, from ancient times until now. In addition there are several special exhibitions, the history of Aboriginal people, theater, and a special corner for children. Admission: free, except to enter the special exhibition. 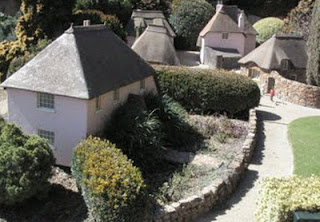 Cockington Green Garden is located 15 km north of the city has a collection of miniature icons of the world, including a miniature temple of Borobudur. In addition, there is a typical display mini houses. The roads in this park makes you feel like a giant. Entrance fee for adults $ 17.50 and children $ 9.50. Mini train tickets $ 3. 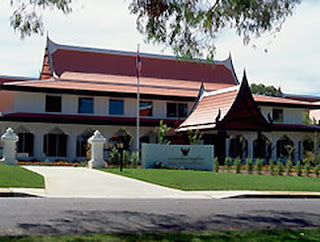 Take time to get around the complex of buildings of the Embassy of the countries in the world. They have a distinctive architecture that fit their respective countries. For example, the Thai embassy with pointy roofs, the Chinese embassy with a golden color. Or embassy of the United States with a high fence and its layered security 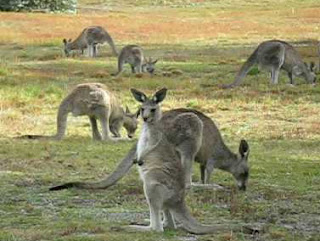 Only 40 minutes from Canberra to leave wooded valley, which lies between the Gibraltar Range and Tidbinbilla Range in the north of the Alps Australia. As well as the Namadgi National Park is nearby, relatively undisturbed area that is loaded with wildlife and Aboriginal heritage. You seemed to leave civilization when get the map at the visitor center and watch grazing kangaroos, wallabies and parrots.
Tweet
← Newer Post Older Post → Home
Powered by Blogger.