Syria, Tourist Attractions
Such as historic buildings in many countries, Syria also has an interesting historical sights. This interesting places in Syria you can visit: 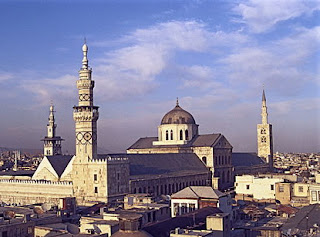 The first place you can visit is Damascus. The largest city in Syria is the country's capital, also known as the oldest city in the world. In this city you can enjoy some Arab food (ice cream, candy and cakes), spending on clothing, jewelry, carpets and buy drugs. Become one of the shopping center is Market Harrods.

As for you who want to relax in the evening, visit to the Coffee Shop in Al Nawfara. In Damascus, you can stay at the Talisman, a townhouse which reminds us of the lives of Jews in the Old City.

The Umayyad Mosque, or Great Mosque of Damascus, which became one of the largest sacred mosque, as well as the world's oldest (built 3000 years ago). The mosque has a large yard and spacious prayer hall as well as some original mosaics in the 8th century. 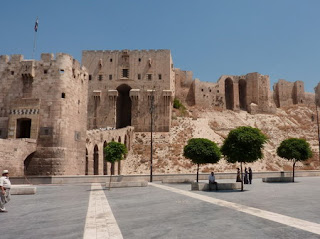 In the old town there are a large fortress called the Citadel of Aleppo. This fort was enclosed a palace in the center of the old city of Aleppo, northern Syria. The building is also considered as one of the oldest and largest palace in the world.

For those of you which want to relax and enjoy a bit of cuisine, in front of the Citadel Aleppo is also provided a nuanced outdoor cafe. Another famous building near Aleppo are the ruins of the Basilica of St. Simeon Splendour. 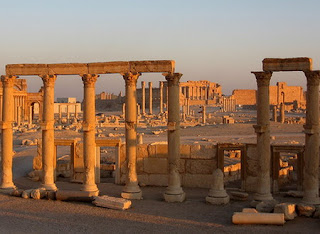 Palmyra is an ancient city in Syria, located in the northeast of Damascus (about 215 miles). In this city there are many sites that still remain. Starting from the Stone Bel, Ba'al-Shamin Stone Tomb Stone to Palmyra.