America, Cartagena, Colombia
Cartagena is not an unfamiliar city for travelers, this is excellent tourist city in Colombia. Being on the edge of the Caribbean Sea, Cartagena famous as a favorite beach resort town in northern Colombia and is the fifth largest city in the country. It lies 658 km north of Bogota, the capital of Colombia.

Wikipedia notes, Cartagena is home to 892 thousand people is the economic center in the Caribbean region. The place is beautiful, comfortable, and very nice for a vacation. Beautiful beach with bright blue sea and the buildings of the Spanish colonial style city's main attraction. 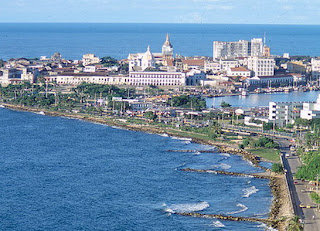 Cartagena has the original name of Cartagena de Indias, or the west refer to it as Cartagena of the West Indies. Colonial-style architecture located in the city became one of the main attractions for tourists.

In addition to the old building, the city is also full of museums. Museo de Arte Moderno, Gold Museum, and the Palacio de la Inquisicion are the three major museums that keep the story from the Colombian artist artwork, jewelry, until the story of the Roman Catholic entry into Cartagena.

Not only that, Cartagena also has a seductive beach. The best beaches can be found in Cartagena is Bocagrande Beach. This beach has similar characteristics to that of the Rosario Islands, the beach water is crystal clear and transparent and soft white sand and coral reefs are able to form a landscape comparable to paradise.

Cartagena in Spanish means the city is easily accessible, the city can be reached by air, sea, land and river. So when you come visit here will be very easy to get around the city because here there are plenty of public transport. Additionally the hotel's facilities, Cafe and Restaurant, as well as for clubbing nightclub provided for tourists. 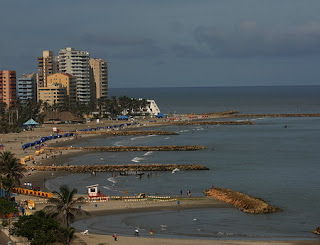 Cartagena is a city for sightseeing. Historic buildings make visitors feel like walking in the area of ​​Morocco. In fact, one of the old city in Cartagena in as a UNESCO cultural heritage. Cartagena is really a special city, the city did have a lot of nicknames such as: City of Heroes, Door to America, the Caribbean city, mother of the capital, walled city, the Key to the West Indies, Port of King.
Tweet
← Newer Post Older Post → Home
Powered by Blogger.