America, New Orleans, Tourist Attractions, USA
New Orleans is the most attractive cities in the United States with a variety of characters that do not belong to another city. Many interesting tourist attractions can be found in New Orleans. In New Orleans life was like two centuries ago, like being the atmosphere of the old French and Spanish. At the same time, there are also many modern buildings. New Orleans is a major target for creating a comfortable holiday for children. They can take tours while tasting beignets cake or play Krewe of Brid in beautiful Lakeview environment.

Here are the best tourist attractions in New Orleans: 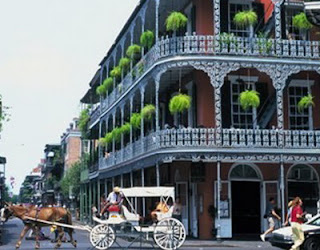 French Quarter is the heart of old New Orleans. There is found mixture of the beauty of past, history, and romance. The streets are not wide, the buildings were close together and is an old building with varied roof forms and iron latticed balconies, and the mixture of Spanish and French architecture, called Creole, derived from Spanish criollo. Tourists can explore the area on foot; carriage rides; ride Streetcar, single tram, which through the rail, or tram through the streets.

The houses in the French Quarter serves as a venue, restaurants, cafes, bars, hotels, souvenir shops and other tourist facilities. Many restaurants and hotels which gorgeous and comfortable as an open-air dining room. The houses were characterized by the lace balconies, the balcony with gorgeous iron fence like ruffles, with complex design a combination of oak leaves and acorns. 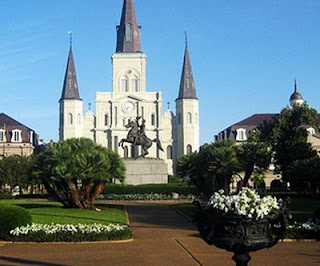 Jackson Square, located on the banks of the Mississippi River. It is a cozy park that was built in 1721, was first called Place d'Armes. The center of the park is dominated statue of General Andrew Jackson sitting on a horse, the work of renowned sculptor Clark Mills. 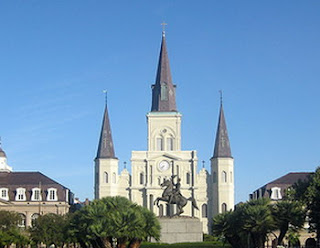 Saint Louis Cathedral, the oldest cathedral in the U.S., but it is the third church established in the region. Near the cathedral, there is a Cabildo building, where the old Spanish colonial government is located. There do a transfer agreement from the Spanish colony of Louisiana to France, and then with the Louisiana Purchase treaty, transferred from France to the United States. 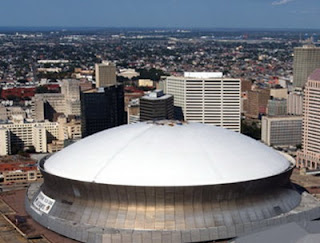 Louisiana Superdome is an indoor stadium, with the world's largest iron dome. Exposition 680-foot (approximately 207 meters), the arena floor area of ​​410 square feet, 273 feet high (about 83 meters) in the middle or the equivalent of 27 floors of the building, being in downtown New Orleans. The stadium is designed for sports, entertainment, cultural events, conventions and trade shows.

Windowless building that has a temperature controller produced 9,000 tons which cooling equipment computerized space. Space which equipped with a seating area, dramatic lighting and sound system that could give a good sound accuracy to any place, whether opera or a football game reportage. 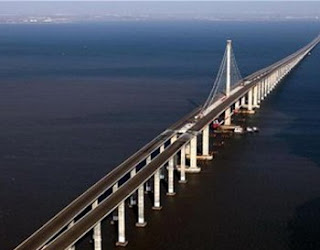 Lake Pontchartrain Causeway is the longest bridge in the world (about 46 miles), connecting New Orleans with the area in the north, is part of the Greater New Orleans Expressway System. It's one of the safest bridge in the world. After passing along the bridge about 13 kilometers, then as far as the eye could see, the mainland has not looked out of sight. Only water of lake in sight.
Tweet
← Newer Post Older Post → Home
Powered by Blogger.