Hokkaido, Japan, Tourist Attractions
Hokkaido is Japan's second largest island. Has beautiful scenery, cool weather and lots of interesting tourist attractions. Hokkaido is a popular destination among tourists of the world, the ideal place to experience traditional Japan. From start to peaceful way of life until the beautiful scenery and snow. Hokkaido is a hidden paradise in the northern part of Japan, only a half hour flight from Tokyo. 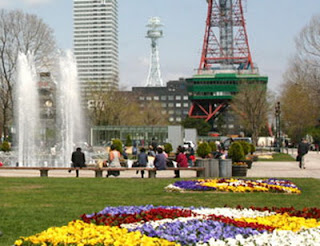 This park is a park that divides the city of Sapporo into a northern and southern. Park that also serves as a green belt Sapporo city is 1,500 meters in length (also called odori J). In the eastern part of this park are Sapporo TV Tower, a symbol of this park. The tower was built in the year Showa 32 (1957 M) as a wave transmitter and receiver. In this tower there is also a symbol of lightning watch as a complement to this park. 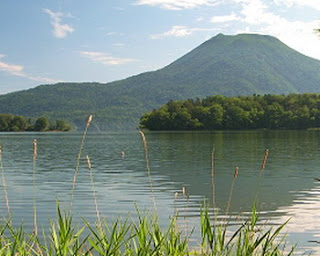 Lake Akan (Akan ko) located in eastern Hokkaido. The lake is quite unique because Marimo (a type of green algae that live in fresh water lakes) can be found easily in this lake. Marimo in Lake Akan was first invented by Tetsuya Kawakami in 1897, and named for its shape which resembles a Marimo ball. This lake is a caldera lake with a circumference of the type of 26 km and is surrounded by primeval forest that are still beautiful. 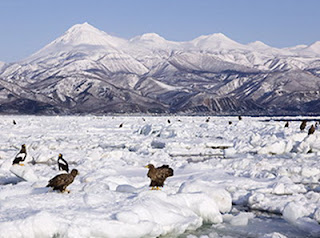 This region is the one that became the pride of Japanese society, especially Hokkaido, because since 2005 the region has been designated as one of the world heritage site. Seals, bears, eagles, wolves and other wild animals as the main part of this region. 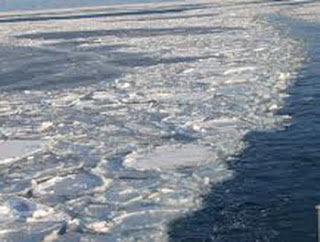 Every year around late January to late March, we can see the ice floating on the sea surface. Views of the ice flow, among others, we can enjoy in Abashiri. If you are lucky, we could see a herd of seals 'playing' on the ice is floating. 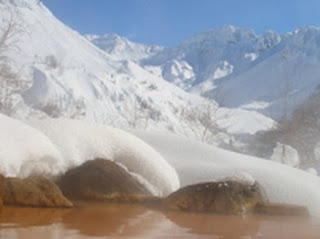