Germany, Lubeck, Tourist Attractions
One of the famous city can be visited in Germany are Lubeck. In this city there are many important tourist attractions of nature nuance, tells much of the history of commerce, politics and nightlife. Luebeck in Germany is a city full of small forests scattered in the suburbs and downtown, this city is the second largest city in the State of Schleswig-Holstein, located in northern Germany.

The beauty of this city because there are old buildings such as Holstentor, the building became a symbol of the city, in the form of two stone dome of red terracotta roof on conic sections, and behind the building there is also an ancient building which is a salt warehouse.

Here are interesting tourist attractions that you can visit in Lubeck Germmany: 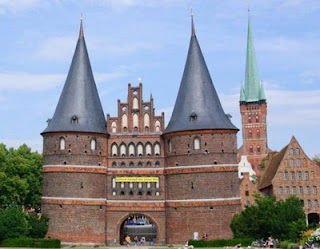 Holstentor gate was built in 1477 and comprises two towers with turrets which are linked in the centre by a gabled building. Today visitors don’t pass through it to enter the city, but they are permitted inside to visit the small local history museum which is open most days for a small entrance fee. Holtensor as part of the city’s fortifications and has become a well-known symbol of the city. The Holstentor is a UNESCO world heritage site since 1987 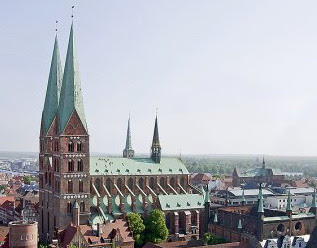 Marienkirche may not be Lubeck’s oldest church, but it is its biggest. It is also renowned for its gothic architecture, upon which many other churches in the region have been modeled. Marienkirche have a lot of heritage objects, such as painting a bit damaged and bells. Like much of Lubeck’s medieval centre, Marienkirche suffered great damage during World War II, but was later restored. 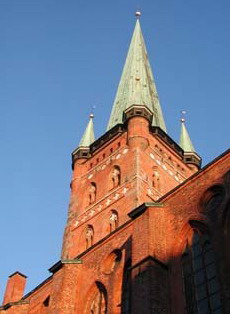 Petrikirche is a Romanesque stone church in the early 13th Century, and evolved into a largely Gothic church over the next several hundred years. After being destroyed in the war, rebuilding efforts did not commence until 1958, so the pyramidal tower roof was not rebuilt until 1961. At an elevation of 50 metres, the view platform provides a magnificent panorama of Lübeck and the surroundings. 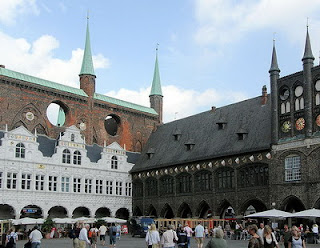 Although rebuilt several times since the foundation in 14th century, the city hall is still one of the oldest and most beautiful halls in Germany. It has been rebuilt several times, but remains of the original structure are in the vaulting and Romanesque pillars in the cellar and the Gothic south wall. The towering walls have been made with open-air medallions to relieve the pressure on the Gothic-arcaded ground floor and foundations 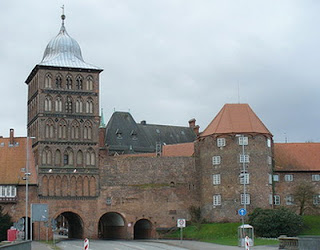 This gate used to defend the strip of land that was the only route to Lübeck on land. It remains a fine work of military art (13 -15C) with its decorative ordering of bays with crowns.