Seville, Spain, Tourist Attractions
Seville, beautiful city blend of Spanish culture with Moorish culture from Africa. Seville is one of the most beautiful old cities in Spain with so rich history. Many tourist attractions we can visit at Seville. Everywhere we go, we will find many monuments, buildings, and the magnificent old church. Architectural heritage of the Middle Ages is maintained complete with narrow streets and winding.

If Granada is famous for its Alhambra, and Cordoba is famous for its Mesquita, then visit the main places in Seville is the cathedral, La Giralda, Alcazar and complex. These three buildings are located adjacent to each other in the east of Avenida de la Constitucion and the south of the city center known as El Centro.

Here are the best tourist attractions in Seville you can visit: 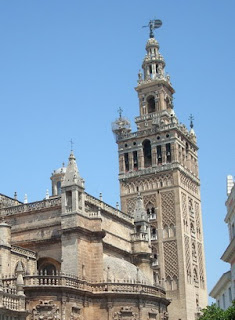 Beautiful Minaret (small tower), called La Giralda. The building has a height of more than 90 meters, it is still standing strong, and can even be climbed. The tower was built of brick on the order named Almohad Caliph al-Mansur Yusuf Yacub between the years 1184-1198. At the top of the minaret there is a propeller mounted in the 16th century, when the Christians are very actively to change the impression of the mosque into a church. Until now, La Giralda and its propeller are used as a symbol of the city of Sevilla. 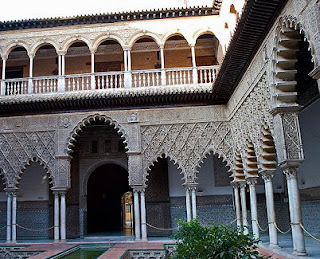 Alcazar, the palace of the king when Seville became the capital of Spain in the time of the Moorish kingdom of Islam. The palace is accessible at a cost of 7 euros it has a beautiful garden, and was built in 1181. Its construction lasted for 500 years. Stepping on the Alcazar, we can feel how the palace has elements of Moorish culture, Andalusian, and Christian. 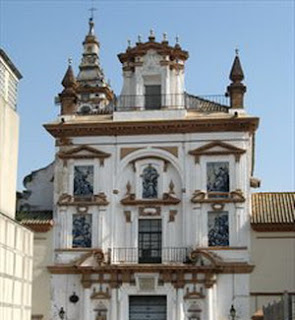 Hospital de la Caridad. Very artistic building but is not a hospital, but it is a nursing home, which still are used today. At first Don Miguel de Manara in the 17th century. At the front of the building there is the tomb of Don Miguel is on his tombstone reads "Here implanted human bones and ashes of the worst in the world". 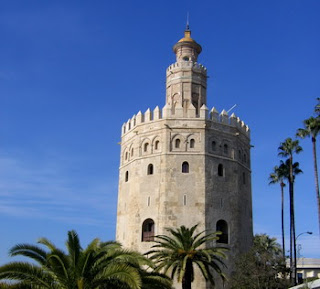 Gualdarquivir river, there is a tower called the Torre del Oro (Gold Tower), which is an existing tower in a fortress that links Alcazares and the pier that is located very strategically. Torre del Oro's name comes from the presence of floor that had been made ​​of gold. The tower was built by Governor Abul-Ula in the year 1220-1221 and is one of the last building of the Almohad dynasty. At first the building that stood right in the district of Arenal is a guard tower and fortress on the banks of the river. But this time the building was used as the Maritime museum. Together with the Giralda, the tower is also a landmark of Seville. 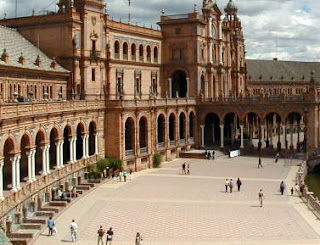 Espana Square designed by Anibal Gonzalez. Semicircular building 200 meters in diameter at the two ends there are two beautiful high towers. In front of the building there is a Venice-style canal that can be passed by the ship. There Esapana Square near the largest park in Seville, the Parque Maria Luisa. While waiting for sunset you can enjoy beautiful gardens that are very comfortable to relieve fatigue.
Tweet
← Newer Post Older Post → Home
Powered by Blogger.