Australia, Richmond, Tasmania, Tourist Attractions
Richmond, A small town and is one of the oldest cities in Tasmania, Australia. The city is famous for its relics such as old buildings that still maintained until now. Some buildings are 18th-century relics still intact and used as a tourist attraction. As a prison called Gaol. Symbols pain of inmates ever "stay" in jail is reflected in the state prison that stuffy and dark. Many found items used to torture prisoners. Another place that is also a historic tourism assets are several ancient churches Anglican style architecture. There are many churches which serve as a museum because there are not many people who like to go to church.

There are also several old hotels that are still used to serve guests. Hotels are deliberately not altered, maintained its authenticity to be able attract tourists visiting the town. Each year in Richmond held an annual party called the Richmond Fair. Many attractions are mostly influenced by British culture, such as race ballet, country music, clowns entertaining the children, various tents that sell handmade items, souvenirs, children's games.

Here are most popular tourist attractions in Richmond:

Richmond Bridge was built in 1825 and is the oldest stone bridge in Australia spans the Coal River near the historic village of Richmond, to reach it just a short 40 minute drive from Hobart. The Richmond Bridge is a lasting symbol of Tasmania's convict heritage and reminds locals and visitors similar of the forced migration of prisoners that contributed to the development of Australian society. 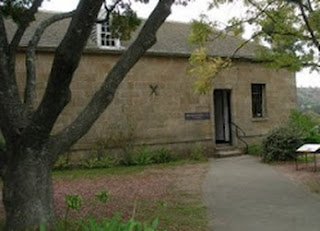 The Gaol was built in 1825 and is one of the best preserved convict structures still existing in Tasmania. You can step inside a solitary confinement cell measuring just one by two metres (6x3 feet). The Richmond Gaol is a convict era building and tourist attraction in Richmond, Tasmania, and is the oldest intact gaol in Australia. You’ll see chain-gang sleeping rooms, the flogging yards, the cook house and holding rooms, all with historical relics and documents to bring the convict past to life. The gaol is open daily from 9am to 5pm (closed Christmas Day).

Zoodoo Wildlife Park become one of the Tasmania's largest wildlife parks and today boasts Bengal Tigers and African lions among many other native and foreign species of animals and birds. Zoodoo first opened to the public on 2 July 1999 with just a few native animals and originally an Ostrich farm and miniature pony stud. Now, Zoodoo is an exciting hands-on wildlife park in Richmond, Tasmania with a large range of native, agricultural and exotic animals. Zoodoo Wildlife Park is a wildlife park about 6 kilometres (3.7 mi) from Richmond, Tasmania in Australia. 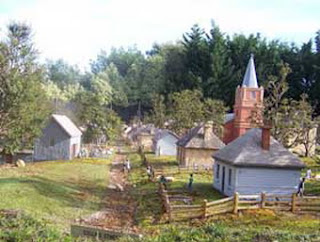 The Old Hobart Town Model Village, is a model replica of Hobart in 1820. Here you can see how the sailors, officers, free settlers and convicts of colonial Hobart Town lived and learn about this fascinating chapter in Hobart’s and Tasmania’s early history. Built from original plans and maps by owner-operators John and Andrew Quick, this authentic model village is made up of over 60 historic Hobart buildings and 400 period figurines. 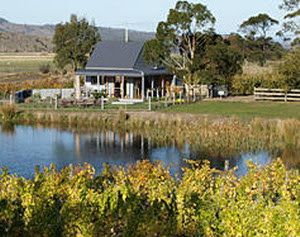 Located at Richmond in the Coal River Valley near Hobart in Southern Tasmania. Puddleduck Vineyard is a small family owned vineyard. Puddleduck Vineyard opened their new tasting room in July 2005 so that all wine loving visitors to the cellar door enjoy the warm, friendly and educational experience.
Tweet
← Newer Post Older Post → Home
Powered by Blogger.